Amie Dorner is a lot of things: a little crazy, wild, and angry, and completely gun-shy when it comes to men. But when her should-be mate actually listens to her for once and stops coming around, she decides to take matters into her own hands. So what if her prank was mean? He could have ignored her the way he always had and look beneath the surface to the woman who wanted him despite her fears.

Zeke Marrow just wanted to finish his training run with the pack teens, but ends up entangled in Amie’s passive-aggressive revenge. Everyone can see enough is enough. He’s been listening to what Amie’s been saying and ignoring her body language. Being forced to reckon with her might end up driving them both insane, but it’s the will of the pack. And his coyote. And his libido. 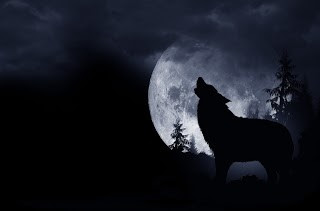 Lea lives in Western New York with her hubby, three children, and miscellaneous critters. Before the rug rats, she lived a life of adventure, following her husband all over Europe with the US military. She's slept in a car outside Paris, drove six hours just to see tulips in the Netherlands, and knocked ash from her shoes at Pompeii. Now she spends her time in life's adventures at soccer games, PTA meetings and school plays.

Lea has loved reading from a very young age, spending many sleepless nights devouring books. Science fiction and paranormal were her favorite genres to read as a teenager, and that love bled into her adult life. She started writing during a bout of insomnia, to fill time, and found it filled a creative void. Now she communes regularly with the characters in her head and tries not to laugh out loud when they say something funny.

When Lea isn't reading, writing or corralling kids, she enjoys watching movies and sciencey shows, or just kicking back and listening to some music.