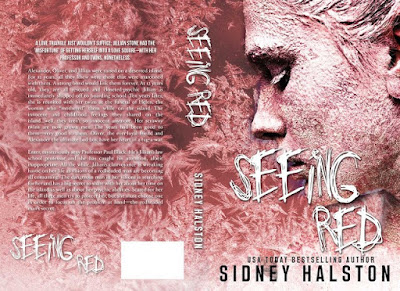 Book 1(SEEING RED)
A love triangle just wouldn't suffice; Jillian Stone had the 'misfortune' of getting herself into a love square-- with her professor and twins, nonetheless.

Alexander, Oliver, and Jillian were raised on a deserted island. For 12 years, all they knew were those that were marooned with them. A strong bond would link them forever. At 12 years old, they are all rescued and closeted-psychic Jillian is immediately shipped off to boarding school. Ten years later, she is reunited with her twins at the funeral of Helen, the woman who “mothered” them while on the island. The innocent and childhood feelings they shared on the island...well, they aren’t so innocent anymore. Her scrawny twins are now grown men. The years had been good to them—very good to them. Oliver, the ever-loyal friend and Alexander the ultimate bad-boy, have her heart in a tug-a-war.
Enter, mysteriously sexy Professor Paul Black. He’s Jillian’s law school professor and she has caught his attention, albeit inappropriate. All the while, Jillian’s clairvoyance is wreaking havoc on her life as visions of a redheaded man are becoming all consuming. The dangerous man in her visions is searching for her and has a big secret to share with her about her time on the island as well as about her psychic abilities. Scared for her life, all three men try to protect her, but she must choose one in order to focus on the problem at hand—the redheaded man’s secret. 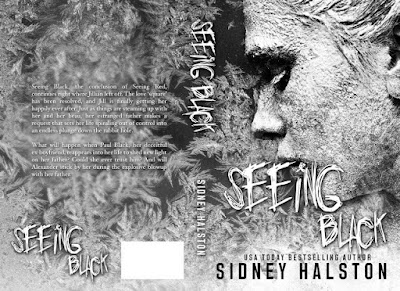 Seeing Black, the conclusion of Seeing Red, continues right where Jillian left off. The love ‘square’ has been resolved, and Jill is finally getting her happily ever after. Just as things are steaming up with her and her beau, her estranged father makes a request that sets her life spiraling out of control into an endless plunge down the rabbit hole.
What will happen when Paul Black, her deceitful ex-boyfriend, reappears into her life to shed new light on her father? Could she ever trust him? And will Alexander stick by her during the explosive blowup with her father. 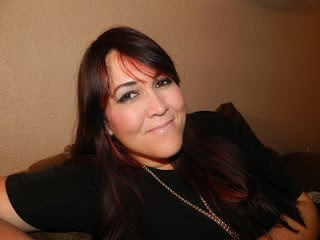 Author Bio
USA Today bestselling author, Sidney Halston lives her life with one simple rule: "Just Do It"--Nike. And that's exactly what she did.

After working hard as an attorney, Sidney picked up a pen for the first time at thirty years old to begin her dream of writing. Having never written anything other than very exciting legal briefs, she found an outlet for her imaginative, romantic side and wrote Seeing Red. That first pen stroke sealed the deal, and she fell in love with writing. Sidney lives in South Florida with her husband and children. She loves her family above all else, and reading follows a close second. When she's not writing, you can find her reading and reading and reading. She's a reader first and a writer second. When she's not writing or reading, her life is complete and utter chaos, trying to balance family life with work and writing (and reading). But she wouldn't have it any other way.

Posted by Unknown at 9:05 PM No comments: