#Synopsis:
Violence corroded her…
Obedience defiled her…
Fear kept her chained…
Freedom is hard to embrace when she’s never learned to trust. Yet in the span of a second, she grabs a single opportunity and runs toward it. Straight into the sanctuary of a pub at the end of a wharf.
She doesn’t understand the concept of friendship. She’s never felt the connection of a relationship. She’s as innocent as the driven snow and yet tainted with corruption. Still, she finds herself surrounded by people who accept her, without even knowing the first thing about her.
But one of them is determined to dig deeper.
He treasures his friends, yet he’s steered clear of committed relationships. He likes his life comfortably predictable and entirely controlled. Until it isn’t. For months he’s avoided interacting with The Skipper’s newest addition. Perhaps realizing that once he looked deeply into those liquid brown eyes, he wouldn’t be able to turn away.
When his present and her past puts them both on the brink of change, they are forged through fire as one.

#MeettheAuthor
Freya Barker inspires with her stories about 'real’ people, perhaps less than perfect, each struggling to find their own slice of happy. She is the author of the Cedar Tree Series and the Portland, ME, novels.

A recipient of the RomCon “Reader’s Choice” Award for best first book, “Slim To None,” Freya has since published eight books. She continues to spin story after story with an endless supply of bruised and dented characters, vying for attention! 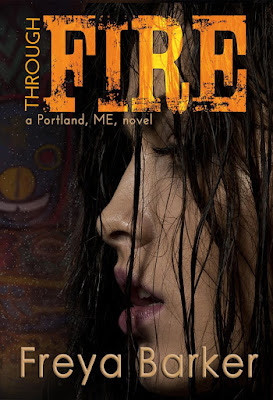 “Can I see?” His voice is right behind me now and I can almost feel the heat coming off his body.
Still without turning, I drop the peeler and hold my arm out to the side, slowly pulling up the sleeve of my sweater. He steps into my field of vision and wraps one of his large hands around my wrist, pulling my arm out further so he can see. It’s nothing. At least nothing compared to some marks I’ve carried. Still, the hiss of his breath over the raised blister on my forearm seems to burn itself into my skin, and I lightly tug at my arm. He releases it instantly.
“Did you put something on it?”
He settles his back against the counter, his arms crossed over his chest and it would be rude not to look at him. Although his voice sounds gruff, almost curt, his blue eyes only convey concern.
“I did,” I confirm. “It doesn’t hurt. Much,” I add, not quite sure why I felt the need to.
“Have you taken anything for the pain?”
I shake my head forcefully. “No.” No way in hell will I take any drugs. Not even if my arm was on fire.
I can feel him examine me closely and I keep my eyes focused on what my hands are doing. “Make sure to keep it clean. When those blisters open, it can easily get infected,” he finally says.
This time I simply nod. He seems satisfied with that and takes a look at the recipe while I pick up the peeler again.
For the next half hour we work in relative silence as we finish cutting the ingredients and toss them in the large pan, which is now ready to go in the oven. Tim’s easily taken charge and it’s obvious he is no slouch in the kitchen. I have to admit I feel more relaxed today than I did yesterday. Or even this morning when I should’ve been excited about meeting Viv at her apartment—my apartment now—but was worrying about the day ahead instead.
“I can teach you.” Tim’s statement, out of the blue, startles me. “Cooking, I mean. I’m no chef, but I can handle the basics.”
I’m not able to mask the flash of excitement at the prospect. Pam had tried but, with the constant interruptions at the shelter, I’d had a hard time staying on task. I quickly straightened my face, though, the moment I started thinking about the logistics. It would mean being alone with this large man for stretches of time. And where? At the apartment? Here at The Skipper? No. I can’t. I know enough to know that if a man offers you favors, it’s for good reason. Usually favors in return. Otherwise what would he get out of it?
“Why?”
He seems a little taken aback by my question. “Because you want to learn. You said so. Never too late to start. And if I’ve learned anything in my years it’s that regret is the one true failure. Besides,” he says with a shrug of his massive shoulders, “I like cooking. I don’t do it often enough.”
“Okay.” I slap my hand over my mouth but it’s too late to hold back the inadvertent response.
His eyes twinkle with amusement. “Good.” He nods with a smile, before turning back to the stove.
What have I gotten myself into? Idiota. 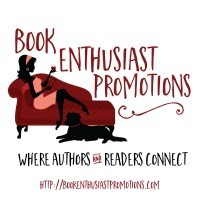