Play Me to Infinity The Broken Men Chronicles Book 3 Standalone**** 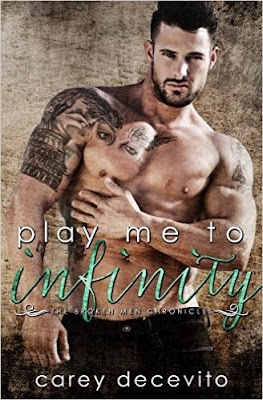 It's all about misconceptions...

Burned by his ex-fiancée, Mike Withers traded in his dream of a family and home of his own, complete with the white picket fence, and submersed himself in work. And entertaining the occasional lady.

So, when he relocated to Jacksonville to take over as CEO of Withers International, and be closer to his sister’s family, he never imagined he'd find himself at a crossroads.

Once a player, always a player, right? Wrong! At least, that’s what Mike now has to prove to Nicole Baxter...

Combine Nikki’s games with a problematic mélange of exes, and Mike quickly realizes he’s heading down one of two roads – heartache, or the life he thought he had given up. Ultimately, the choice is his to make.

Maybe his ex wasn't the one? Maybe he'd given up too soon? And maybe happiness lay in the form of a feisty, argumentative, tiny package in a tight skirt - with the ability to turn any argument into foreplay? 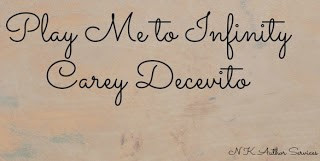 Born and raised in small town Northern Ontario, Canada, Carey Decevito has always had a penchant for reading and writing. More than a decade later, with weeks of sleepless nights, where exhaustion settled into her everyday existence, she finally gave in and put pen to paper (more like fingers to keyboard!) She submitted to the dreams that plagued her. And the rest, as they say, is history! A member of the RWA, Carey Decevito enjoys spending time with family and friends, the outdoors, travelling, and playing tourist in Canada's National Capital region. When life gets crazy, she seeks respite through her writing and reading. If all else fails, she knows there's never a dull moment with her two daughters, her goofy husband, and cat who she swears is out to get her.