When We Were Us
by Tawdra Kandle
Genre: New Adult Contemporary Romance 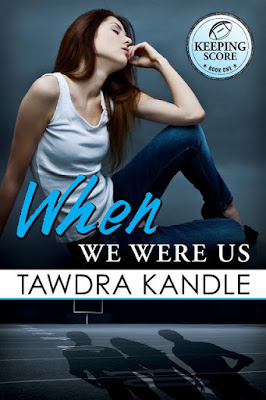 The Trio. That's who we've been since birth: Nate, Leo . . . and me, Quinn, the token girl. Our mothers met in a prenatal class and became best friends, which meant that the three of us hit every milestone together, from the first day of school to the very first kiss. And beyond.

I've always been caught in the middle between the two boys. I've been in love with Leo since I was eight, even though he doesn't see me as anything but his pal. And I know that Nate's hung up on me. I see the look in his eyes. I wish I could say I felt the same, but I don't. It's getting harder and harder to keep him in the friend zone, though.

Things between the three of us aren't easy anymore. Leo's popular, the football team's star receiver, and the object of every girl's fantasy. I know he doesn't mean to leave us behind, but now Nate and I are just people he used to know.

What used to be so simple is suddenly messy and complicated. Leo is all I've ever wanted, but even if I had the chance to be with him, how would Nate would handle it?

When that chance does come along . . . in the most unexpected way . . . I'm helpless to resist Leo. What was always meant to be is finally happening . . . but will it come at the risk of losing both my friends? 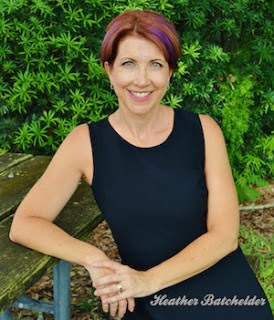 Tawdra Kandle writes romance, in just about all its forms. She loves unlikely pairings, strong women, sexy guys, hot love scenes and just enough conflict to make it interesting. Her books include YA paranormal romance, NA paranormal and contemporary romance and adult contemporary and paramystery romance. She lives in central Florida with a husband, kids, sweet pup and too many cats. And yeah, she rocks purple hair.