A Torment of Savages The Reanimation Files Book 4

Check out the 4th book in this funny, witty, suspenseful saga! Witches, ghosts and more.. you won't believe what happens!

A Torment of Savages 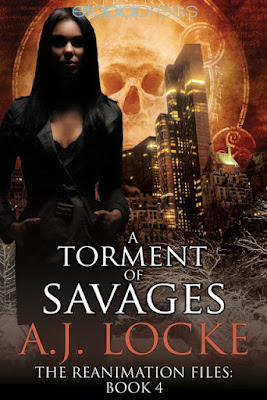 When your soul isn’t your own, you’ll do anything to get it back.

After months of danger and deadly threats, Selene Vanream finally has some much needed downtime
and a chance to focus on mending her relationship with Micah. She’s even accepted a job working for
The Paranormal Control Center to quietly resolve issues within the paranormal community. After the
supernatural devastation New York City’s been through, quiet resolutions are best.

But peace can’t last forever. As Selene and Kyo’s ghost embark on the search for Kyo’s body, Selene
finds out firsthand the violent lengths the dead witches are willing to go to in order to keep their secrets
safe. What’s more, a new, dark and deadly being has emerged from the In Between and is turning
people into darkness-filled Savages intent on reaping souls until she gets the soul she’s really owed–
Selene’s. This new evil is determined to get what she was promised, but not before innocent people pay
the price, including someone very near to Selene’s heart.

Now all Selene has to do is find out how her life became a bargaining chip to a psychotic monster, keep
the ones she loves from danger, and make sure her soul isn’t ripped from her body and dragged to hell
in the process. Some girls have all the fun.


Book 1- Affairs of the Dead
Amazon 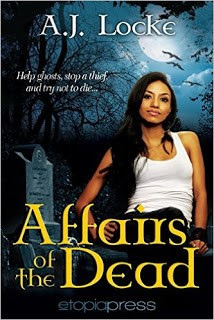 The Reanimation Files Book One

Help ghosts, stop a thief, and try not to die...

Necromancer Selene Vanream helps ghosts settle their affairs so they can move on. But when breaking the rules gets her in trouble, she's bumped down to tracking ghosts trying to avoid the afterlife. Ghosts like Ethan Lance, who claims he was kicked out of his body when someone else jumped in. Which might be plausible—if such a thing were possible. And if Micah, Selene's partner, didn't pull her into an investigation of brutal murders that lead directly back to Ethan.

But when the whole mess puts Selene's life in danger, she suddenly has very personal reasons to get Ethan's body back. Between her uncomfortable relationship with Micah, and problems with her boss, Selene learns just how much trouble it can be when you don't follow the rules...

Book 2- Requiem for the Living
Amazon 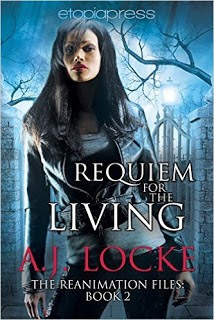 Selene is slowly dying...too bad that's the least of her problems.

You could say that Selene Vanream has a lot of problems. First there's the Rot that's slowly killing her, despite everything Ilyse and Micah are doing to find a way to save her.

Then there's Andrew, the ghost of her boss who is anchored to the living world. Selene would like to ignore him, but anchored ghosts with unsettled business turn into anchored beasties, so she can't write him off. The government has sent a team to post up at Affairs of the Dead and keep an eye on her, which includes making sure she plays up to Andrew to keep him from turning.

On top of that, someone is using Selene's new power to create anchored ghosts for their loved ones to keep around. Not good since the culprit doesn't have a clue about that whole anchored beastie angle. Now Selene has a criminal to catch while trying to stay out of the hands of government goons who have stripping her reanimation power on their agenda.

Book 3- The Ravaging In Between
Amazon 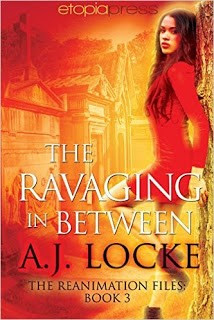 Sometimes death is only the beginning...

Selene Vanream died—for two minutes. After being revived, she spends over a month in a coma before she awakes, free from the Rot and the reanimation power that caused her so much trouble. No one can explain how Selene survived killing Renton while he possessed her reanimation power, and her reunion with Micah is marred by the choices they each made to save her and stop Renton.

But even though she's Rot free, she isn't problem free. First, she no longer has a job at Affairs of the Dead. And Ethan is missing and she can't track him down. Not only that, ghosts that were sent to the Afterlife with unfinished business have somehow crossed back and are trying to settle the score in violent ways. If that wasn't enough, Selene discovers that dying briefly has more consequences than she realized, because when she was revived, not all of her came back. Now she's straddling both the living world and the dead, and she will find out what it means to come back to life but leave part of her soul behind. 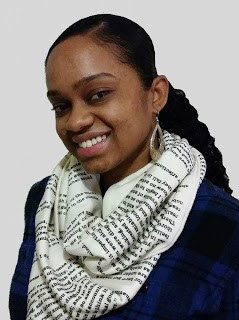 A.J. Locke is originally from Trinidad & Tobago and currently resides in New York City. She knew early on that she wanted to be a writer, penned her first novel at fourteen, and hasn’t stopped since. Creating is her passion, and other than writing she enjoys drawing, painting, graphic design, and any other creative whim that may take her.