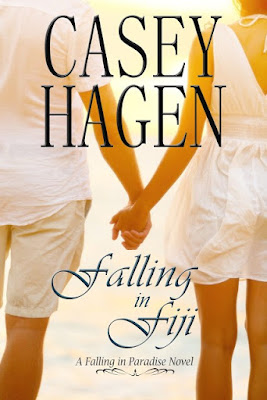 A woman betrayed . . .
Corinne Anderson designs the most stunning engagement rings on the west coast. A jewelry designer for the jet set and engaged to marry the man of her dreams, Corinne thinks she has it all—until her engagement explodes in spectacular fashion. Devastated, Corinne dares a sexy stranger to help turn her honeymoon from broken to breathtaking.
A frazzled financier . . .
Everett Harden, a sought-after financial whiz kid, is overworked and stressed to the max. Minutes away from closing a lucrative deal, he’s approached by a tiny spitfire who slaps down two airline tickets and a challenge: join her on a beach getaway where the sand is hot and the adventures hotter. Intrigued and desperate for an escape, Everett accepts.
Adventures unknown . . .
Fiji began as a fancy-free trip, but with the high-tech Adventure App running the show, Corinne and Everett find more than paradise. But can their romance survive the pressures of the real world, where reality bites, adventure is hard to come by, and—there is no App for love? 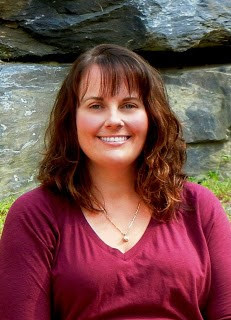 Casey Hagen is a debut contemporary romance author releasing her first book, Falling in Fiji, in October. She writes her stories from the dense, green wilderness of the Delaware National Forest, Middle of Nowhere, Pennsylvania. She’s a born and raised Vermont native with Ben & Jerry’s in her heart and real Vermont maple syrup pumping through her veins.
Over the years, Casey has dabbled in a wide variety of professions. She worked in the States Attorney’s office, created beautiful works of art as a florist, slaved to the public in retail, taught preschool (and potty trained eleven two-year-olds at the same time), and finally, she owned and operated her own residential cleaning business for over a decade. She is also the new Vice President of the Penn Jersey Women Writers Guild.
Casey is the proud mother of three girls, two of which are successful college students…yay! She resides with her youngest daughter, husband, and two cats. Her days are spent in her new office that she proudly admits they would need dynamite to blast her out of! When she’s not working she can be found chasing after her youngest with a camera (much to her youngest daughter’s embarrassment) or on the golf course with her real life hero!