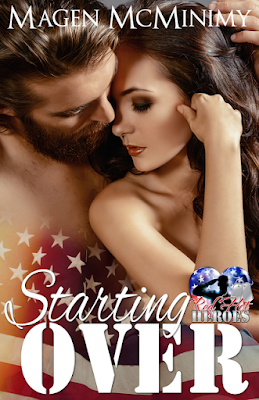 After running from the one man who could have mended her heart, Callie Sullivan has been finding comfort in her best friend, D. When heartbreaking news about D’s deployed husband, Adam, makes its way to the states, Callie focuses on helping her friend learn to survive after tragedy strikes.
Recently returned from Iraq, Luke Merrick learns about the attack on his former sergeant and best friend, Adam. Knowing D will need all the support she can get, Merrick finds himself back where he lost the one woman he thought could be his future.
With D’s heartache fresh and raw, now is hardly the time for Callie’s past to resurface, bringing new danger to those whom she wishes to protect and help heal. But life rarely gives Callie what she needs. 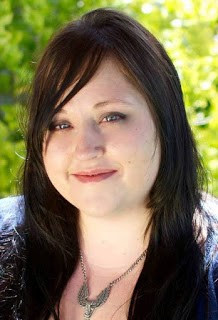 Magen started writing as a hobby. Having been one of those people obsessed with the world of the paranormal for as long as she can remember, she loves creating her own worlds for readers to get lost in. She see’s life as a constant balance of what we want and what we need. A balance  that we all have to create in our own way.
“Life is a constant balance of what we want and what that balance in her love of writing and cherishes every minute she’s fortunate enough chase her dreams. We need. It's also a lot like a Battle. A battle that we all have to fight our own way. I choose to try and love and cherish every minute that I get to chase my crazy dreams and create a world and characters to get lost in.”

Report for Booty
by Jodi Redford 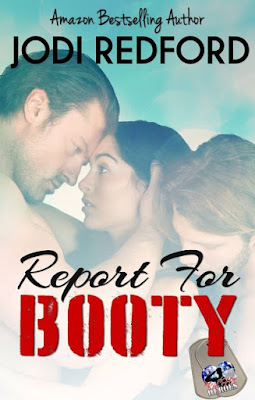 Mason Gamble and Nash Vincent are pros at making people sweat. As former Army Rangers who run the toughest, ball-busting fitness boot camp in Michigan, they take great pride in that fact. But thanks to the knockout brunette housesitting next door, suddenly they’re the ones experiencing excess perspiration. Fortunately, the perfect opportunity to be neighborly presents itself courtesy of a package delivery snafu.


Regan Wallace has trust issues. Specifically, trusting that her best friend won’t make good on her threat to send a Strip-O-Gram for Regan’s birthday. Is it any wonder she’d jump to the wrong conclusion when two gorgeous, camo-garbed hunks land on her front doorstep? Woops. The crazy part? They don’t seem the least bit scandalized or offended by her boneheaded blunder. Judging by the sinful heat in their eyes, they’re all too happy to provide her with a little two-on-one dirty dancing. For a woman recovering from a bad breakup, fielding the interest of two sex-on-a-stick men is both surreal and exhilarating. Indulging a three-way fling? Completely out of her comfort zone. But with her stay limited to a week, some no-strings-attached sex might be precisely what she needs to get her confidence back in stride.
None of them are prepared for the consequences of a sexy fling feeling like so much more. As Regan’s stay draws closer to an end, Mason and Nash realize there’s no way in hell they’re letting the perfect woman slip through their fingers. And when it comes to fighting for her love, there are no fitter warriors for the ultimate battle to her heart.
This Veteran's Day, find home in the heart of our heroes with Report For Booty, part of the Red Hot Heroes multi-author series and stands alone for reading enjoyment. 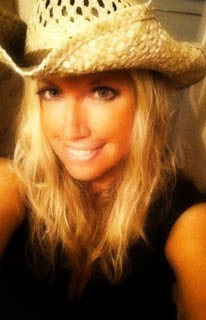 At the ripe age of seven, Jodi Redford penned her first epic, complete with stick figure illustrations. Sadly, her drawing skills haven’t improved much, but her love of fantasy worlds never went away. These days she writes about fairies, ghosts, and other supernatural creatures, only with considerably more heat.

She has won numerous contests, including The Golden Pen and Launching a Star. When not writing or working the day job, she enjoys gardening and way too many reality television shows.

Promise You
by Rene Folsom 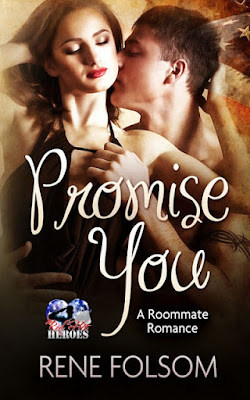 Danielle never realized just how much her brother meant to her until reality slapped her in the face, forcing her to wake up and pay attention. After a shattering tour overseas, Dylan returned home to live with Danielle. Knowing he needed more care than his sister could provide, Dylan invites his battle buddy, Travis, to come live with them.

After a rather unorthodox meeting, sparks begin to fly between Danielle and Travis. However, both of them know just how difficult it will be for their relationship to blossom without Dylan’s blessing, leaving them conflicted about how far they want to take it.  Travis wants nothing more than to earn Dylan’s approval—to promise that he will cherish her—always.

Once Travis realizes he can no longer keep his affection for Danielle a secret, things become complicated and the boundaries between friendship and love cloud his future.

This Veteran's Day, find home in the heart of our heroes with Promise You, part of th
e Red Hot Heroes multi-author series and stands alone for reading enjoyment.' 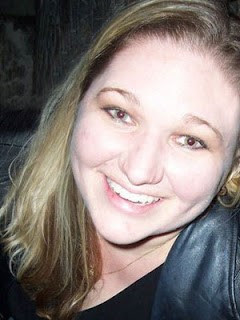 Rene Folsom, author of paranormal romance and erotica, lives in Florida with her husband and three kids. She has officially diagnosed herself with creative ADD and often has a million and one writing projects going at once. In addition to writing, she is also a graphic artist who enjoys creating custom book covers for indie authors. She is definitely an artist at heart and would love nothing more than to be elbow deep in clay during her waking hours.

Rene believes that all fiction is based on some form of reality—otherwise we would never have the inspiration or knowledge to dream up the realistic situations we portray with our words. She is proud to say that her personal experiences have been inspirational, though perhaps not always identical to that of her fictional characters. Where reality and fantasy diverge, however, must remain her little secret…