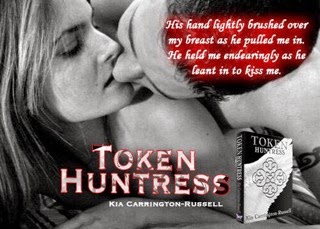 The sun’s light dimmed many centuries before; now in the year of 2,341 rampant vampires now stalk their victims in a half-lit world. Humanity has been overtaken by a new society: one comprised of vampires, the supernatural beings that hunt them, and the remaining humans they fight over. The laws and rules that once bound our world have long since been lost. Now, the Hunter Guild struggle to stay one step ahead of the Vampire Council.


Esmore, Token Huntress, has exceeded all expectations at only 18 years of age. She is fearless leader to her team, and she is relentless in her pursuit of the enemy. There is only one problem: Esmore is struggling to repress the growing darkness that seduces her from within. Esmore takes another step into the darkness when she encounters a teasing, tantalizing -- utterly unignorable -- vampire.

The lines between right and wrong are blurred further as Esmore gives into her temptation, and her reality becomes deliciously tainted both with evil and with lust. 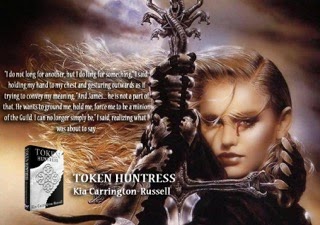 Kia Carrington-Russell is a young author writing from her Australian home. Kia is supported by her helpful friends, family and readers. Most of all she is assisted by her Ying and Yang kitties, Isa and Forest, as well as her Cavoodle, Sia, who are always by her side as she busily types away in her office.


Kia completed her first manuscript, Possession Of My Soul: The Three Immortal Blades, when she was fifteen. After graduating from high school, Kia pursued freelance journalism. After working for half a year within the sales section of the local paper, Kia realised journalism was not what she wanted to focus on.


Kia started Ther Precious Living website, which is a self-help blog publishing weekly affirmations. It was a way to express her enjoyment of photography as well as reaching out to readers who might not be feeling positive in their current lifestyles. She often published motivational stories, hoping to fill many with gratitude for what they had, instead of focusing on what they didn't.


In the year of 2014, Kia took her first manuscript seriously, and on May 15, Kia's first book was published. Since then Kia has continued writing and publishing many works from the Fantasy, Young Adult, Romance, and Action genres. Kia has many more books planned for the future.


In 2015, Kia's self-publishing services and promotional services became live. She is now CEO of both Crystal Publishing and Crystal Book Promoters, which have been designed to help other authors at an affordable price. The mission is to guide writers through the perilous journey of self-publication. 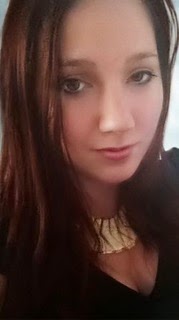 Things need to know about Kia:

Favorite food: I love everything. Probably ice-cream. But my favourite dinner is spaghetti bolognaise.

Favorite thing to do: If I have the time reading or just spending time with my boyfriend or best friend, Keeley. 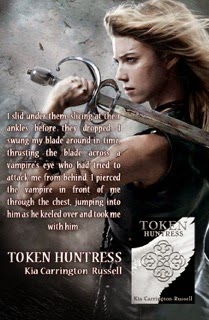 
Possession Of My Soul


Possession of my Soul https://store.kobobooks.com/en-…/ebook/possession-of-my-soul


Possession of my Soul


Possession of My Soul

Possession Of My Soul Book Trailer