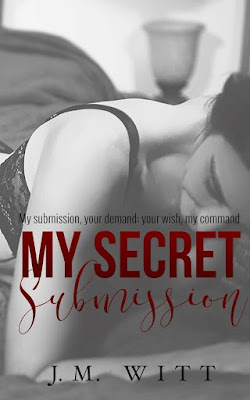 Meredith Nichols. I’m the epitome of a good wife and a good mom. I’m President of the PTA, I volunteer in my children’s classrooms, and I moonlight as a freelance editor for romance authors. No one suspects what secret desires lurk below the surface, except my husband. I’ve openly tried to persuade him to join me in my fantasies, but he’s refused over and over again.

Then, I met Gregor Thompson. Our worlds collided one fateful day and there was no turning back. He’s a mystery, intriguing, dominant, and has the same struggles at home that I do. He’s opened my mind to the possibility that my fantasies can indeed be met and that he’s the man to mentor me. He’s infiltrated my brain and seems to know my wants and needs before I express them.

It’s time to be who I was meant to be, get what I want, what I need, and forget what society thinks. I’m going to let Gregor take me on a journey of self-discovery to places most are unwilling to go. We all have a public life, a private life, and a secret life… He would be mine. 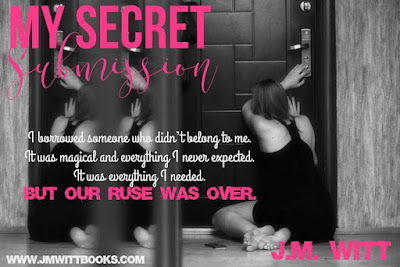 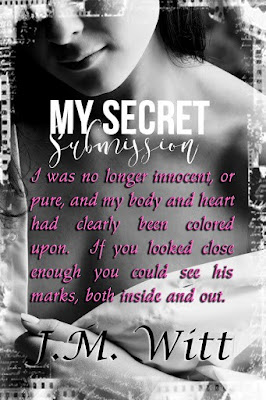 What was supposed to be an hour long lunch to get to know each other turned into several hours.  We sat in the sun expressing desires and exposing secrets.  I had long since turned to face him while we talked, his back remaining against the bench.
I had revealed things to Gregor that Todd didn’t even know about me.  Secret cravings, secret needs, and the secret betrayals of my past.  Gregor held more of my secrets in the palm of his hand than I did.  He had the potential to destroy everything I’d built, but I trusted him not to.
Things grew quiet and as I looked at him he complimented me once more.  “Seriously, your eyes are stunning.”
I just shook my head.  “Thank you.”  I took a breath, gathering the courage to ask what I didn’t want to but needed to know.  “So, I need to know if I’m ‘Thursday’ girl.  I need to know if I’m just one of many you’re playing with.  Safety, etc.”
“There hasn’t been anyone in a long time.”
Relieved, I simply said, “Ok.”
“So are your parents still together?”
I shook my head.  “Well, technically, but my mom passed away several years ago.  I don’t really know if they were ever really happy.  Maybe they stayed together for us, my sister and me.  I don’t know.  My dad remarried a couple years after.”
He listened intently as I continued discussing their marriage from my perspective.  Then he began doing the same in regards to his parents’ marriage.
“Mine stayed together, are still together, but I often wonder if my dad has someone else.  My mother is a miserable woman and I hope my dad has someone, somewhere, that makes him happy.”
“Have you asked him?”
He just shook his head.  “No.”
“Maybe you should.”
“I’m not sure I really want to know.  Validation isn’t necessarily a good thing.”
“I get that.  I know that my parents had affairs, or at least they both accused each other of it.  For me it’s simple, if you’re not getting what you need, crave, and desire at home, you’re going to find it somewhere else.”  He nodded his agreement.  “I’m not saying its right, but it is what it is.”
“It’s almost impossible to find one person to meet all your needs, especially when most of us get married so young.  We’re still discovering ourselves and odds are if you do find that person to meet all those carnal needs, as well as others, it happens later in life.”
Everything he said made sense.  It wasn’t pretty or accepted by society, but it was the truth.  When I got married I had no idea that the cravings and needs I now had would come to be.  And I certainly didn’t know that Todd wouldn’t be open to exploring them.
“I wanted to tell you that you have my complete trust.”  I looked to his face as his eyes narrowed on mine, like he wondered where I was going with this.  “Given the circumstances, you could’ve ceased all contact with me once I revealed that we live in the same town.  Had you been lying about anything detrimental, well, we wouldn’t be sitting here now.”  He just stared at me as I nodded, “Thank you.”
He just shrugged and added, “I still can’t get over the odds of it all.”
Smiling, I agreed.  “It’s a small, small world.”
We sat quiet for a moment before he asked, “So, what are you looking for?”
That was a loaded question and brought me back to the present.  Sighing, I was honest with him. “I’m not looking to break up anyone’s marriage.  I guess what I feel guilty about is that I don’t feel guilty.”
“I get that.  It’s a process that took me a long time to grasp.”
“I have needs, desires, and right now he’s not willing to go there with me.”
“I want us to agree to a few things.”  I nodded.  “Don’t disappear on me.  If things need to end, we do it like adults.  I’ve had a couple just vanish on me and I have no idea what happened to them.”
“No, I agree and appreciate that.  I’m a big girl.  Just be honest.”
“Do you have a safe word?”
Smiling, “Yes.”
“What is it?”
“You’ll laugh.”
Shaking his head and smiling, he persisted, “I still need to know.  What is it?”
“Unicorn.”
Laughing, “Ok.  Unicorn it is.”  He took a deep breath.  “And no falling in love.  If either of us starts falling, we need to walk away.”
“Agree.  I’m not looking to fall in love.”
He quietly observed me for a moment and nodded his head.  His hand stretched out across the back of the bench toward me.  “So, what do you need from me today?”
Such a simple question and I became completely tongue-tied.  “I, umm...”
I wasn’t trying to play coy, but I felt like an idiot.  What did I need from him?  I didn’t have a fucking clue.  Where did we go next?  He had yet to touch me, which I respected.  The conversation flowed between us with ease, but was there physical chemistry?  Would I recoil if he touched me?  I didn’t know, I had no idea, and I sure as hell wasn’t about to make the first move.
As if he sensed my wariness, his hand reached out and grasped me just above my knee.  Jesus, fuck!  The heat of his hand seared me and I immediately had a puddle in my panties.  If I was struggling with words before, they were impossible now.
He repeated his question, his stern voice catching my attention, “What do you need from me?  We’re running out of time.” 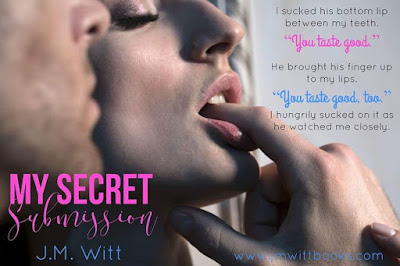 I’m a stay-at-home mom with four young children and one extremely supportive husband. We’ve been married for almost eleven years and reside in Metro Detroit, Michigan.
I've dreamed of writing romance novels since I was little. After having baby #4, who may or may not have been fathered by Christian Grey, I decided it was time to pursue my dreams.
When I'm not volunteering at the schools of my children, running to various appointments, enjoying time with my friends and my book club, dating my husband, or avoiding cleaning my house, I'm writing!
I love music and believe that books and music can't exist without the other. My goal is for you to read more than a good book, but for you to have an experience! 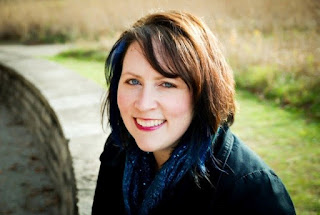