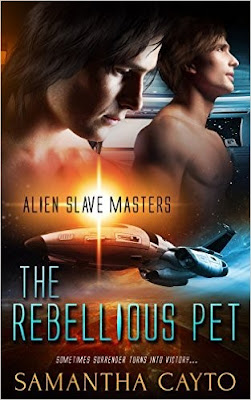 Book 2 in the Alien Slave Masters series
When a distant planet’s ownership is in dispute, conquering aliens turn defiant human males into pampered sex slaves.
Forced to be the sex slave of an alien warrior, perpetual bad boy, Joel, finds himself tossed into the bed of a space station commander who tests even Joel’s cultivated bravado. While he’d learned to survive an abusive father, the Travian master proves to be a greater challenge. Joel soon finds himself caught between the desperate need to fight his captivity and the unnerving tug of attraction he feels for his new master.
Born to one of the lower castes of his people, Arath has worked his way up to a coveted command. His drive for success has left him isolated from his crew. He has no time or interest in caring for the pesky human pet thrust upon him by his superior. His duty allows him no other choice, so he reluctantly takes what has been given to him. He is surprised by how easily he is seduced by his pet’s allure.
Joel and Arath dance around each other and their growing attraction, until politics intrude and test their tentative feelings. The stakes are suddenly raised, and the choices they make may change the course of history for both of their species. 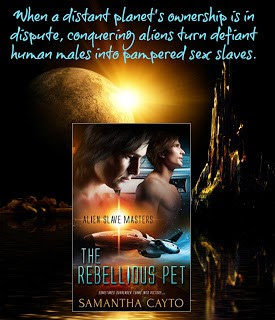