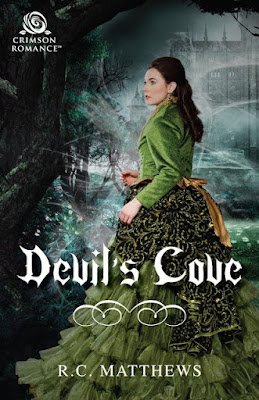 Shrouded in unspeakable horror and spoken of only in whispers, the abandoned Devil's Cove Manor lures Captain Devlin Limmerick and his unquenchable thirst for revenge to its doors. Feared as the Devil on the high seas, the pirate's desire to avenge his past is matched only by his hunger for the powerful young medium he has coerced to aid him in his nefarious quest.
Blinded from youth and touched with an ability to communicate beyond the grave, Grace is both feared and revered by the uneasy town folk. Yet she is powerless against the unrest brewing within the manor walls and finds herself drawn to the Devil's darkness. Still, she refuses to sacrifice her soul to set Devlin's unspeakable plans in motion.
But an evil lurks within these walls, and their very souls are in jeopardy. Grace's presence at the manor spurs inexplicable happenings, forcing Devlin to believe nothing is as dead as it seems - not even his heart. Plunged into the throes of passion and danger, they discover the only way out is to search deep within and summon the courage to believe in true love.
Sensuality Level: Sensual

R.C. Matthews is the author of contemporary and historical romances featuring bold, sassy heroines and magnetic alpha heroes. Warning! The chemistry between her characters is off the charts hot, so read at your own risk. She resides in the Midwest and is surrounded by men: her husband and three sons. During her free time you'll find her watching The Walking Dead, reading a fabulous book or hanging out with her family. 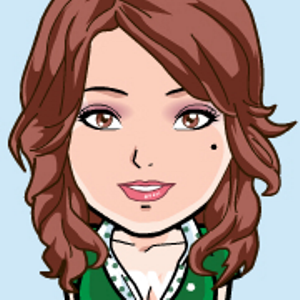