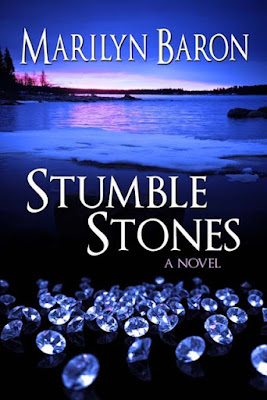 Hallelujah Weiss, writer for the steamy sudser As the Planet Spins, gets a second chance at love when she flees to Italy to get over her recent divorce, courtesy of her cheating ex-husband’s credit card. A woman scorned, Hallelujah has sworn off men and is determined to reinvent herself. The new Hallelujah is eager to live life on the edge, more like Polly, a character she writes and idolizes.
Lonely Berlin hedge fund manager Alexander Stone, a number cruncher who puts his faith in numerical data, still believes in destiny, despite the fact his fiancée just dumped him. Always a man with a plan, Alexander did not plan on Hallelujah.
After a chance encounter on a flight to Rome, the unlikely pair faces danger when they team up to return to their rightful owner a stash of WW II vintage jewels. The hidden diamonds hold the key to an unsolved mystery and a promise of love. 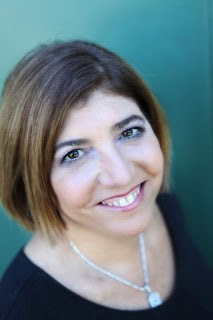 Marilyn Baron writes in a variety of genres, from humorous coming-of-middle age women’s fiction to historical romantic thrillers and romantic suspense to paranormal/fantasy. Stumble Stones will be her 11th novel published with The Wild Rose Press. She’s also published five short stories with TWB Press and self-published three books, including a musical about Alzheimer’s called Memory Lane. AmazonEncore republished her book Sixth Sense on September 15, 2015. She’s received writing awards in Single Title, Suspense Romance, Novel With Strong Romantic Elements and Paranormal//Fantasy Romance. She is a Georgia Romance Writers (GRW) Maggie Award winner, a PAN member of Romance Writers of America and GRW and winner of the GRW 2009 Chapter Service Award. A public relations consultant in Atlanta, Marilyn graduated with a BS in Journalism and a minor in Creative Writing from the University of Florida. She worked in Public Relations for AT&T in Atlanta for 13 years before starting her own PR firm. She serves on the 2015 and 2016 Roswell Reads Steering Committee. She was selected as a featured author in the 2015 Atlanta Authors Series. She presented on two panels at the AJC-Decatur Book Festival (the largest independent book festival in the country) on September 6, 2015. She was a 2016 Nominee for the 52nd Georgia Author of the Year Awards (books published in 2015) in two categories—Detective/Mystery for Landlocked and Romance for The Widows’ Gallery. She’s a member of two book clubs. Read more about Marilyn at www.marilynbaron.com.

Advance Praise/Reviews for Stumble Stones:
“Modern characters find themselves thrown into a mystery that spans generations. Marilyn Baron perfectly blends that laugh-out-loud humor of a new romance with the heartbreaking story of a family torn apart by the Holocaust. Touching and beautifully written with marvelous attention to setting and history." ~ Jennifer Moore, Author of Change of Heart