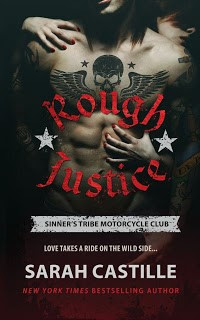 Amazon http://amzn.to/29RdkV7
Barnes http://bit.ly/12OB4Aw
Kobo http://bit.ly/2a0fnYq
iTunes http://apple.co/1BzWd0y
Google Play http://bit.ly/1vRlSPf
From New York Times bestselling author Sarah Castille comes Rough Justice, a scorching new series featuring red-hot, hard-riding bikers and the women who can’t help but love them…
IT TAKES A GOOD, STRONG WOMAN
Raised in a motorcycle gang, tough, beautiful Arianne Wilder has always dreamed of a normal life. But no sooner does she escape her father’s domineering grasp than she wakes up to find herself in a rival gang’s clubhouse—at the mercy of the dangerously sexy Jagger Knight.
TO TAME A MAN WHO’S HELL ON WHEELS.
The alpha leader of the notorious Sinner’s Tribe, Jagger Knight is all muscle, all biker, and all man. But somewhere inside this hard, tattooed outlaw, Arianne senses a kindred spirit—and she can’t ignore their tempestuous attraction. Can she beat him at his own game in a revved-up blaze of glory? Or will their passion spark a war that’s the end of the road for them both? 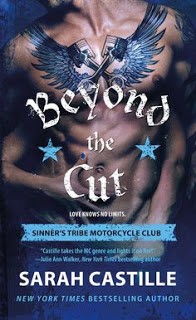 SHE'S HOLDING ON TIGHT.
As a teen, Dawn ran from a life on the streets straight into the arms of Jimmy "Mad Dog" Sanchez, a biker who promised to be her knight in shining armor. But his love was just another cage. Years later, Dawn's former life still has its hooks in her and she'll do whatever it takes to break free. When Cade "Ryder" O'Connor, a member of a rival club, makes her an offer, Dawn finds herself in a different, hotter kind of trouble with one irresistible Sinner...

WILL HE GIVE HER THE RIDE OF HER LIFE?
Cade is an outlaw biker with allegiance to one thing and one thing only: The Sinner's Tribe Motorcycle Club. But when it comes to the stunningly sexy, fiercely independent Dawn Delgado, Cade finds himself...hungrier for more. Trouble is on Dawn's heels and he wants to be the answer to her prayers, whether she wants him to be or not. What can't be denied is the red-hot attraction between them. However, as they fall deeper, the danger rises and Cade may have to sacrifice it all...in Beyond the Cutby New York Times bestselling author Sarah Castille. 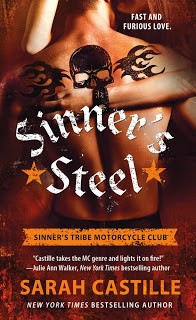 HE'S HELL ON WHEELS.
Tall, dark, and dangerously handsome, Zane "Tracker" Colter is the strong, silent type of tattooed muscle biker who drives women wild. But as a master of strategy for the outlaw MC club, Sinner's Tribe, he doesn't have time to play around with groupies and biker chicks-especially when he can't stop thinking about Evie, the girl who got away...
SHE'S PLAYING WITH FIRE.
Evie's been in love with Zane ever since they were children-until he broke her heart and disappeared. Now he's back in her life, bigger and badder than ever. Zane is stunned by how beautiful and confident Evie's become, using her artistic talent to customize motorcycles. He wants her so bad, he'd ride through fire to win her back. There's one problem: Evie is dating his deadliest rival-the leader of the Black Jacks-and if Evie and Zane hook up, there'll be hell to pay... in Sinner's Steel.\ 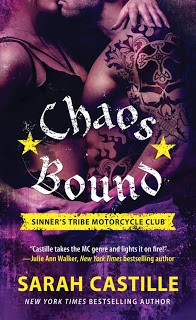 Love is a wild ride.

After enduring months of torture at the hands of the Black Jacks MC, and betrayed by his own club, Holt “T-Rex” Savage, a junior member of the Sinner’s Tribe Motorcycle Club, will stop at nothing to get revenge. But falling for a beautiful woman with dangerous ties to his sworn enemy was never part of the plan…
Raised by the Black Jacks, Naiya Kelly grew up fast, furiously, and with little to lose. But now that she’s put her MC days behind her, she is free to do what she wants—until she meets a man who imprisons her, body and soul. She swore she’d never give her heart to a biker, but Holt is the most passionate, protective man she’s ever known. But will Holt be forced to betray his one true love to exact his revenge? 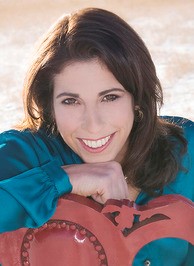 Sarah Castille is the New York Times and USA Today bestselling author of the Redemption Series, Sinner's Tribe Motorcycle Club series, Legal Heat series and the Club Excelsior series. A recovering lawyer with a fondness for dirty-talking alpha males, she now is a full-time writer, who lives on Vancouver Island. Sign up for her newsletter to hear about new releases: http://bit.ly/LgFZlb