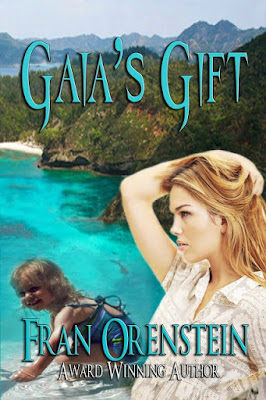 Rachel Wells loses everything she cherishes in a brief summer storm off the coast of Florida. Haunted by the ghosts of her past, driven to the point of insanity by survivor's guilt, Rachel turns her back on the world and retreats to a deserted island with her cat. Here she plans to live out her life in isolation, frozen behind an impenetrable veil of pain. That is, until she receives a gift from the sea that opens a slit in the veil and allows the world to intrude. Ignoring her conscience, Rachel learns too late that some gifts are not meant to be kept forever, and that forgiveness and redemption sometimes require sacrifice. The gods and spirits watch as the many layers of love unfold to reveal a complex finale. 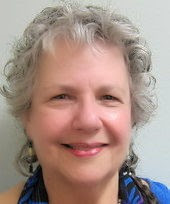 Fran Orenstein, Ed.D. is the award-winning author of novels, short stories and poetry for kids, ‘tweens, teens and adults. She wrote her first poem at age eight and submitted a short story to a magazine at age twelve. Fran has been a teacher, written professionally as a magazine editor/writer, counseled people with disabilities, and also wrote political speeches, newsletters, legislation, and promotional material while working for New Jersey State Government for twenty-two years.
She has published academically, and written professional papers on gender equity and violence prevention, which she presented at national and international conferences. Fran managed programs for women in gender equity, child care, and disabilities, as well as serving as Special Projects and Disabilities Officer for the AmeriCorps Commission in New Jersey.

Fran has a BA in Early Childhood Education, a MEd in Counseling Psychology, and an Ed.D. in Child and Youth Studies.
She especially loves writing for kids and teens, and considers her children and grandchildren her best inspiration.

All Fran’s books are available at on-line bookstores in Ebook and paper back format.
Visit Fran’s World at www.franorenstein.com
You can contact her at:
Facebook - http://www.facebook.com/profile.php?id=1253621499
LinkedIn - http://www.linkedin.com/pub/dr-fran-orenstein/1b/278/295
Twitter -  @Hubysmom