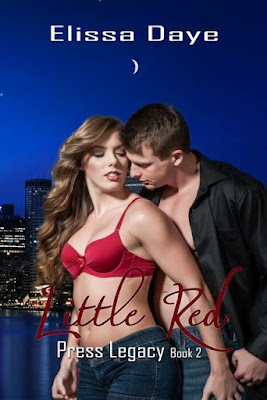 Twenty-eight year old actress Rowan Montgomery has the role of a lifetime: the public image of World-Renowned Paranormal Author, Publisher, and closet Vampire--Claudia Woods. Since Claudia can't venture out during the daylight hours, Rowan’s spunk, good looks and knowledge of the vampire’s books makes her the perfect candidate to promote Claudia's work to the world while keeping her undead status a secret.

Rowan’s imagination could never have conjured her current reality; Vampires, werewolves, gargoyles, eccentric butlers named Igor, and other fantastic creatures are around every corner. Like living in some kind of strange mystical dream, Rowan finds the new world she's thrust into to be one of the most thrilling adventures possible. Attending author conventions, book signings, and author interviews, Rowan attempts to create the right public image for her boss while struggling to keep her desire for mysterious and antagonistic Ethan Wilder at bay. Every inch of his body is covered in sex appeal, and he knows it. Unbeknownst to Rowan, he is hiding a family secret that should send her running for the hills. Instead, she finds herself pulled in deeper.

Everything about Ethan makes her lose her mind. Rowan wants nothing more than to hold him at arm’s length, but his mere presence makes all sensible thoughts flee. If she lets him get too close, he could discover the secrets she must keep hidden from the world, especially if she wants to keep her job and all the perks that come along with it.

After a short time in the spotlight, strange things begin to happen to Rowan, starting with the appearance of wolves, that seem to be nothing more than a coincidence. Before long, threats come rolling in for the stand-in Author, and it becomes clear that not all is fair in love and war when it comes to the Book Industry. Rowan is caught in the crossfire with traitors, spies and snarling fangs around every corner.

How long will Rowan survive in Claudia’s world before she loses herself completely? 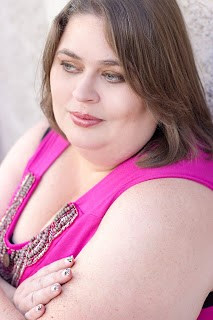 
Elissa Daye
Ever since childhood, Elissa Daye has enjoyed reading stories as an escape from life. When she was a teenager she started to write her own stories that kept her entertained when she ran out of books to read. When she was accepted into Illinois Summer School for the Arts in her Junior year of High School, she knew she wanted to become a writer. Elissa graduated from Illinois State University in December 1999 with a Bachelor of Science in Elementary Education and began her teaching career, hoping to find moments to write in her free time. After seven years of teaching, Elissa decided to focus on her writing and made the decision to put her teaching years behind her so that she could focus on her writing. She is now happily married and a stay at home mom, who writes in every spare moment she can find, doing her best to master the art of multitasking to get everything accomplished.